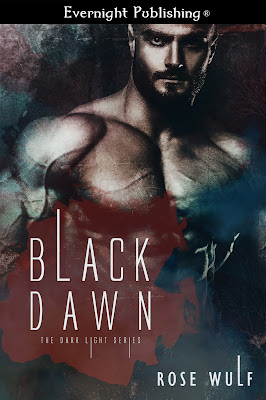 Hello and thank you for having me today!

I’m super excited to tell you about my newest release, Black Dawn (Dark Light 1)! As the start of a new paranormal romance series starring angels, demons, and a few things in between, Black Dawn lays the ground work for the Dark Light world. I’m thrilled to be bringing this series to you and am absolutely sure that the gamut of sexy, bad-ass, Alpha heroes and their capable heroines will keep you begging for more! But I don’t want to get too ahead of myself, so here’s a little about Black Dawn:

Blurb:
Demons are real, and they walk among us.

Isolde Duchane grew up with a demon for a bodyguard. But as she’s matured, so have her preferences. And she’s got a thing for tall, strong, dark, and powerful demonic men. Really just one very specific demonic man. It’s too bad his life is bound to hers, putting her in a terribly awkward spot since what she wants is something more than a bodyguard.

Darr was summoned to protect Izzy when she was young. And he played the part to keep his own personal demons off his back. But things are starting to get out of hand, and not just because of his powerful attraction to the woman she’s become. The demon he’s been hiding from may have found him, and if he has… he may never get to tell Izzy the truth. 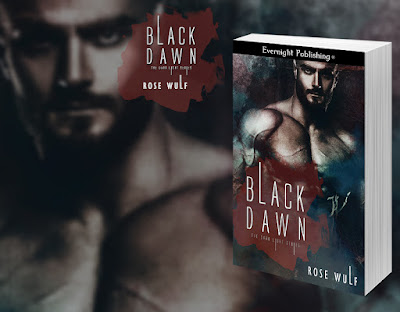 Excerpt:
“But how do you know he isn’t interested?” Letty pushed.
“Couldn’t your father release him from the bond?” Britt asked.
Izzy smiled a bit and shook her head. “Why would he be? I’m the face of his servitude, essentially. I’m amazed he doesn’t hate me—or he hides it insanely well. And no, a Life Bond is a permanent thing. Breakable only by someone’s death.”
“Like yours?”
All three jumped at the unfamiliar male voice coming from the back of the cabin. A male figure stepped into the yellow globe light, the sneer on his lips assuring Izzy he wasn’t there to make friends.
“How did you get in here?” Britt demanded, pushing to her feet.
“Britt,” Izzy called as she and Letty stood as well. Clearly Britt wasn’t attuned to identifying demons like Izzy was.
“The usual way,” the demon returned. He switched his sneering gaze to Izzy and added, “I don’t suppose you’re interested in releasing Darr from the ties that bind?”
Izzy swallowed. “If you kill me he’ll die, too.”
“Supposedly.” The demon rushed her without warning, knocking her off her feet and sending her friends diving out of the way.
Izzy crashed over the futon and into a wall, her body aching from the impact. And he’d only hit her with his hand. If he summoned a dark energy wave for her she’d be a goner.
“Darr.”
Sometime in the first couple of years, Darr had taught her a short, wordless spell she could use to call for him when he wasn’t already beside her. He said it sent a jolt through him, alerting his senses to her situation and pulling him to her practically without his consent. She hated using it, but she couldn’t let this demon kill her. And he’d surely go for her friends next if he succeeded in killing her. She couldn’t let that happen, either.
“Get up,” the demon commanded. An invisible hand wrapped around her throat and hauled her mercilessly off the floor. She could barely dig her bare toes into the wood floor. The demon smirked and cocked his head. “Little Izzy Duchane,” he taunted, rolling his extended wrist slightly. The force holding her throat rolled to match, straining the side of her neck. “Goodby—”
A strong arm locked around the demon’s own throat and threw him bodily backward. The demon rolled several times before his spine met with a wrought iron bedpost.
Darr stalked up to him, his shoulders visibly tight beneath his shirt, fists clenched at his sides. “You dare,” he growled, his deep voice full of venom and promises of pain.
“W-wait!” the demon begged, pushing to his knees and struggling to stand.
Darr yanked him to his feet and locked a hand around his neck. Izzy couldn’t hear what he said next, but she didn’t need to. A cold chill swept through the room, the overhead lights flickered, and the demon let out a gurgled scream Izzy could barely hear. Darr released the corpse a moment before it was consumed in black hellfire.
The chill faded. The lighting stabilized.
Izzy pushed herself to her knees, realizing her ankle had twisted when her attacker’s concentration had snapped and she’d fallen. But that was the least of her pains. She’d crashed into a metal bar and tumbled into a solid wooden wall, cracking her head and at least one of her shoulders. He made it…
“Izzy,” Darr called gently, dropping to a knee in front of her as his hands landed on her shoulders. His touch was feather light as he discerned her injuries. “I’m sorry.”
The guilt that choked his voice squeezed her heart.
“I’m okay,” she insisted. “Just some new bruises. No bikini for me tomorrow.”
Darr frowned deeply. He clearly wasn’t appreciative of her attempted humor. “I’m going to pick you up,” he warned. A heartbeat after she nodded her understanding, he’d swept her into his arms. The movement sent some new jolts of pain through her, but being settled and cradled against his strong, broad chest countered that pain with encompassing warmth.

Buy Links:
Amazon – Evernight – Barnes & Noble – AllRomance – BookStrand – Kobo – Website
About Rose:
Rose Wulf is a giant romance fangirl. Hot, protective, sometimes even downright barbaric heroes and spitfire heroines are her favorites. Rose has been writing for as long as she can remember, and over the years she’s only grown fonder of it. The bonds between characters have always captivated her, and as an author those are Rose’s favorite things to play with – not always to the relief of her fictional babies!
Behind the scenes Rose is a quiet personality. She enjoys spending her non-writing time with her four year-old German Shepherd, Shadow, her mom, and her friends. Be it a fun game of Cards Against Humanity or a relaxing movie night, Rose believes everything is better with company. As for her own romance, she’s still searching for her hero (and hoping that, when she does find him, he’ll be willing to cook!).

Thanks so much for stopping by, Rose.  :)

Posted by Elena Kincaid at 7:46 PM